Monthly Payments Available For All Tours. Book any tour and enjoy an easily payment plan !

When traveling on a budget, one of the most often questions is whether it is best to travel independently, making your own airfare, hotel and sightseeing reservations, or choose a package tour where everything is set up for you in advance.

There is unfortunately no easy answer to this question, as it is largely dependent on the location and the specific deals that are available. For instance, travel to European destinations are often less costly to book on your own, especially when the airlines are running specials of European airfares in the off season. 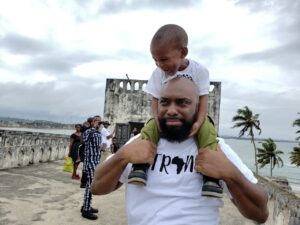 On the other hand, travel to many exotic locations, like Egypt, Morocco, Kenya, South Africa, Ghana, are often much less costly when booked through a package company or travel agent. That is because these tour operators often have special deals with the national airlines of these companies, and with very nice resort hotels, to provide considerable discounts in exchange for a steady flow of business.

For instance, last year I traveled with a group to GHANA from New York for a grand total of $1650 for 10 days , including , an excellent hotel, daily breakfast, airport transfers, and daily sightseeing tours, including guided tours of the pyramids of Giza and the Sphinx. This is far less than I could have booked on my own, since a hotel a night alone would have run me over $200 a night . The key to this great deal was the relationship of the tour operator with Egyptair and the hotel at which we stayed.

Similar deals exist for other locations, notably Tanzania, Senegal and Ethiopia. So be sure to check on the availability of these package deals when shopping for a budget travel deal.

Of course, some great deals can be had on your own as well, and this is often a great way to go, especially if you are a solo traveler. Solo travelers often have difficulty getting those great deals on package deals, since the required single supplement can often ruin the deal.

It is also important to find out exactly what is, and what is not included, in any package you are considering. Many package deals have optional excursions built in, and these extras can add considerable cost. Be sure to ask for a detailed daily itinerary to determine if you will be left on your own if you fail to take these optionals. Also ask for a detailed list of these optional excursions, including full descriptions and prices, then carefully compare the total price to what you could find on your own.

If you are traveling on your own, be sure to start shopping early, especially if you are traveling by air. The important thing to remember is that airlines allocate only so many seats for those advertised low fares, and if you fail to act quickly you may be out of luck. It is important to book the airfare, and the hotel, as early as possible to ensure the lowest possible prices.

Fill the below form

stay updated on all our future tours and Africa travel tips .